Abbott Technologies has been an exhibitor at the Association for Unmanned Vehicle Systems International’s annual conference for years, and at Unmanned Systems 2015: Xponential, the Abbott team introduced attendees to its newest product, the CM1000, which is currently in production and shipping to military and industrial customers who need higher power output in the harshest environments.

“We enjoy attending the AUVSI’s annual conference and talking to so many people about the unmanned systems industry,” shared Wayne Lovett, National Sales Director. “This year, we saw a great response among attendees to our CM1000 product, which improves SWaP (size, weight, and power) by 50% and provides twice as much power. We conversed with attendees about the unmanned systems industry and the research and development we’re currently doing for new products that will debut in the near future.”

This year’s conference brought together some of the newest technologies and a long list of dynamic speakers who drew attention to some of the hottest topics in the unmanned systems market. 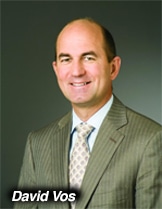 Automation:
At the top of that list of hot topics is automation. Opening panel speaker David Vos, project lead of Google X’s Google Wing UAS deliver program, said the drone use he wants most, that hasn’t been considered yet, is more automation. He wants computers to do the drudge work, like driving a car, for us. He also thinks computers can do those tasks better than humans.

Closing keynote speaker Henrik I. Christensen, director of Georgia Tech’s Institute for Robotics and Intelligent Machines, believes that robotics are ready to revolutionize manufacturing, ecommerce, and our daily lives citing autonomous driving and flying as future growth areas. In fact, Christensen believes that automation will bring jobs back to the United States. With wages on the rise in countries like China and automation becoming more standard and faster, companies like Apple, Tesla, and Lenovo have already opened manufacturing facilities in the United States. It’s a trend that is likely to continue.

Regulation:
With all of the excitement around the possibilities of automation, another hot topic at the conference is one that threatens to impede progress—regulation. General session speaker Representative Frank LoBiondo, chairman of the U.S. House of Representatives Subcommittee on Aviation, warned that the Federal Aviation Administration is moving too slowly.

Lobiondo called for conference attendees to contact their Congressmen and women to help move things along and further open the doors to innovation and testing. He stressed the urgency of removing barriers so the unmanned systems industry can move forward and do what it’s poised to do—change everyone’s lives.